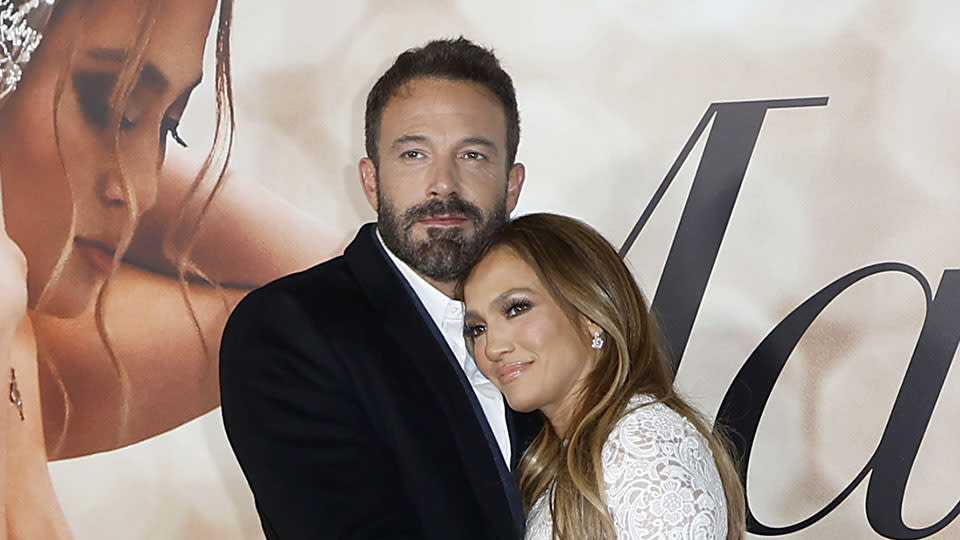 Blended family is the best family. Ben Affleck and Jennifer Lopez’s children seem to all be getting along with each other and with their step-parents. A source revealed to Hollywood Life on August 2, 2022, that J-Lo and Ben’s kids are bonding well after they went on their parents’ honeymoon.

The source told Hollywood Life that J-Lo’s children really look up to Ben and describes it as a “dream situation.” “The bond is very strong and genuine,” the source said. “It helps that his kids have been just as welcoming to Max and Emme because they’ve all become fast friends.” Another source also said that J-Lo is content with Ben and her kids’ relationship. “She understands that no one will ever be able to replace their father, but she sees how Ben has welcomed her children in as if they were his own and this is one of the things that she loves most about Ben,” the insider said. “Ben has developed a special bond with Max and Max has warmed up to him so much. It is important for JLo that Max has a male figure in his life all the time because it makes him feel safe.” J-Lo has twins with her ex-husband Marc Anthony: Emme and Max, 14. On the other hand, Ben has three children with ex-wife Jennifer Garner: Violet, 16, Seraphina, 13, and Samuel, 10.

The insider also told the outlet that the whole family loves being around each other. “Ben and Jennifer both adore having their kids around. It might be unconventional to bring them on the honeymoon, but it makes total sense for them,” the source said. “They’re both so busy, that whenever they get downtime, they really want their kids with them. And this marriage is about more than just them, they’ve joined their families so why not celebrate it as one big happy family.”

Ben, J-Lo and their kids went on vacation in Paris, France for their honeymoon and for J-Lo’s 53rd Birthday. Some of their children did not attend their wedding in Las Vegas. According to an insider, Ben’s daughter Violet did not attend her father’s nuptials after reports that some of Ben and Jennifer’s kids were in attendance at their Las Vegas wedding on July 16, 2022. According to a source for Page Six on July 18, 2022, “Ben did tell [ex-wife Jennifer Garner] about the wedding, but I’m told that it was only Friday at the earliest. It was very, very minimally planned in advance and was largely spur-of-the-moment. Violet stayed home because she’s extremely loyal to her mom.” However, Violet’s relationship with J-Lo seems to be really strong. In pictures obtained by HollywoodLife on July 26, 2022, J-Lo can be seen embracing her step-daughter in a hug.

A source close to the family told HollywoodLife on July 25, 2022, that Jen Garner is very pleased with their wedding. She “congratulated Ben and J.Lo following their Vegas wedding, and she sent them a beautiful bouquet of flowers.” J-Lo felt “really touched” by the gesture. The source continued that the Marry Me actress “thinks it’s great that Jen and Ben are still so close. Jen welcomed J.Lo into their family, officially, after they got married.” The source added that J-Lo “is such a great influence on Ben and all that Jen has ever wanted was for him to be healthy, happy, and sober so that he can be there for his children.”

In her wedding announcement, J-Lo described the details of her wedding with Ben in her newsletter OntheJLo on July 17, 2022. “Last night we flew to Vegas, stood in line for a license with four other couples, all making the same journey to the wedding capital of the world.” She continued, “We are so grateful to have that in abundance, a new wonderful family of five amazing children and a life that we have never had more reason to look forward to. Stick around long enough and maybe you’ll find the best moment of your life in a drive through in Las Vegas at twelve thirty in the morning in the tunnel of love drive through, with your kids and the one you’ll spend forever with. Love is a great thing, maybe the best of things-and worth waiting for.” Two of the kids: Emme and Seraphina were at the wedding.

For more about J-Lo’s life, check out True Love by Jennifer Lopez. The 2014 memoir covers the “Jenny on the Block” singer’s career and personal life, from her start as a dancer to when she became a mother of two twins with her now-ex-husband Marc Anthony. In the book, which includes more than 200 personal photographs from J-Lo’s never-before-seen collection, the Selena actress writes about how “she confronted her greatest challenges, identified her biggest fears, and ultimately emerged a stronger person than she’s ever been ” to become the pop icon we know today.

Our mission at STYLECASTER is to bring style to the people, and we only feature products we think you’ll love as much as we do. Please note that if you purchase something by clicking on a link within this story, we may receive a small commission from the sale.